The Navy wound badge was authorized on 24 June 1918. The army version was authorized in March 1918. Both versions were awarded in three classes. Black 3rd Class, Silver 2nd Class, and Gold 1st Class. The silver was awarded for three wounds. Navy wound badges are far scarcer then army badges due to higher amount of soldiers compared to sailors. Also Navy ships saw far less combat than soldiers who served at the Western and Eastern fronts….

The Army Wound Badge was first authorized in March 1918. A Navy version would appear in June 1918. The Army Wound Badge came in three classes, black, silver and gold. The black badge was the 3rd Class. It was awarded for one and two wounds. It came with an urkunde (Award document)…. 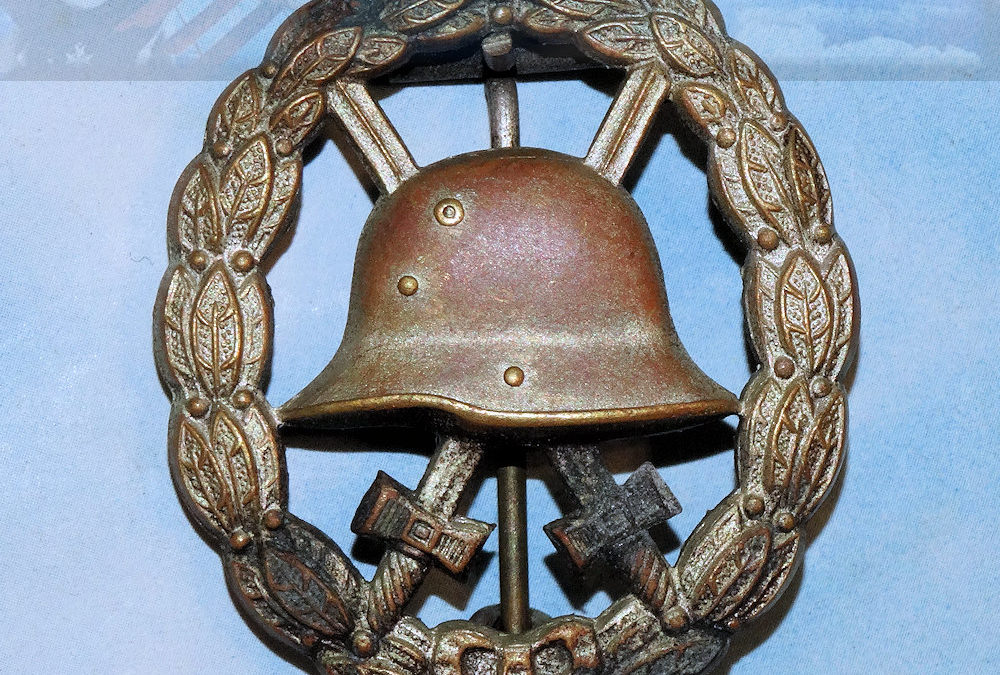